School was out for summer and I was picking my daughter up for some Dad time. Normally Sloane was happy and excited for summer break in Florida, where she spends her days at the stables hanging with horses and other girls that love horses. This time was different. She was very withdrawn. After I asked several times “What’s wrong?” she eventually handed over her report card. 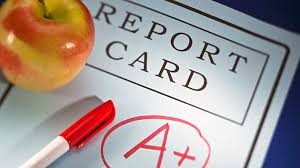 In the past, report cards had been a reason to celebrate.  Sloane has always been an exceptional student and consistently brings home scores that exceeded the grading scale (school scores on a scale of 1-3 but she receives 4’s). When I started reading the report card a quick glance showed a smattering of fours and a bunch of threes. Not her best but still something to be very proud of. Then I got to the conduct section. In short, Sloane had a bunch of extra time on her hands and decided to use it socializing. Needless to say, her conduct scores were poor even for an average student.

Her watery eyes said she knew she had screwed up. I said nothing but she realized my disappointment and offered up some punishment alternatives. When I did speak, I told her we would talk about it later. The summer went by and I took the time to think about the bigger picture. I asked myself, “What am I trying to accomplish?” and easily answered, “Make my daughter a better person/student”. With that I realized that punishment – negative reinforcement – wasn’t the answer. The answer was teaching her the right behavior.

A few days later Amazon delivered How to Win Friends and Influence People for Teen Girls, by Donna Dale Carnegie, daughter of the late motivational author, Dale Carnegie. Yes, they make a version of the classic explicitly designed for girls. I told Sloane that she had to read a chapter a night and write a report on what she read. There were the typical moans, groans and complaints but the task was completed.

A couple of months later I was taking Sloane and two of her friends to the movies. The girls were comparing how strict their parents were and I overheard Sloane telling her friends about the Carnegie book. Her friend Rama said both of her older sisters read the book. I had to join the conversation and ask, “What are your sisters doing now?” “One graduated from Yale on a full scholarship and is going to grad school.” She said the other had a very prestigious career after a similar education. I then asked the girls if they wanted to go to a great university and have a prestigious career. Watching the wheels turning in their heads was almost comical.

A few weeks passed and Sloane asked if she could lend the book to her friend Sophie. She said, “I think it would be really good for her”. The lesson had clearly had been taken to heart and her next report card was stellar.

Then it dawned on me. If I wanted my staff to have stellar report cards I needed to take a personal interest in them becoming better people and not just better employees.